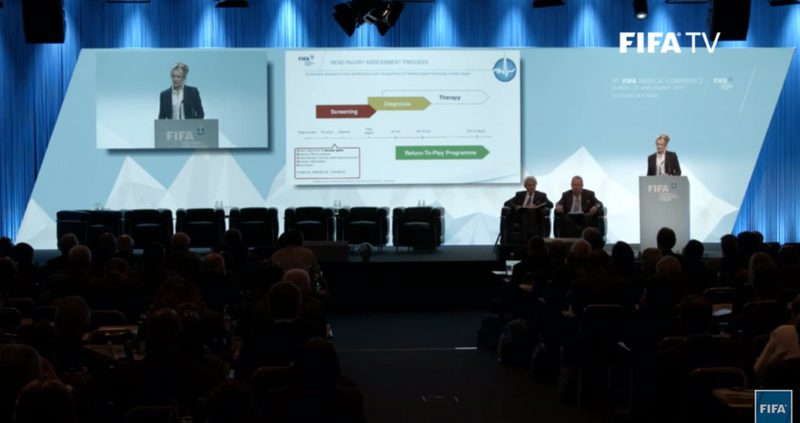 Nina-Feddermann-Demont, Head of the Swiss Concussion Center, gave a lecture on the topic of concussion in football at the Third FIFA Medical Conference held on 27th May 2015 in Zurich. She used five concussions that occurred during the 2014 Football World Cup in Brazil as examples. She focused on the mechanisms underlying concussion and the challenges faced by team physicians on the sidelines, but also on the measures that should be implemented. The conference was broadcast live on YouTube (FIFA TV). You can access an on-demand recording here.

The Swiss Concussion Center at the German Congress for Sports Physicians in...
Scroll to top