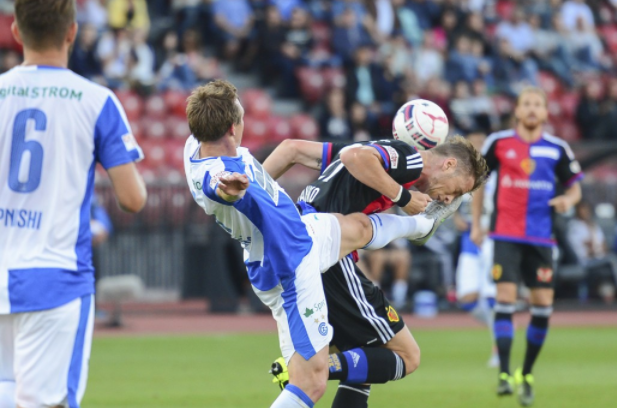 Repeated head injuries of football players are associated with long-term neurocognitive impairments and abnormal changes in brain structure. Whether these observations are “genuine” is discussed. To improve our understanding of persisting effects of football on brain structures and functions, a systematic review of the existing literature was required.

For this reason, under the leadership of PD Dr. Alexander Tarnutzer, we conducted a systematic literature review and analysed the quality of the studies and summarised information about neurocognitive changes, cerebral imaging, and EEG. A total of 30 studies with 1691 players were included. The 57% (8 of 14) of the case control studies reporting long-term neurocognitive impairments had a higher risk for non-adequate control of type 1 errors (OR = 17.35 [95% CI = 10.61-28.36]) and for inappropriate selection of controls (OR = 1.72 [1.22-2.43]). In the studies that found a link between header frequency and neurocognitive impairment (6/17), quality was significantly lower in the detection of the frequency of headers played (OR = 14.20 [9.01-22.39]). In 7 of 13 studies (54%), the number of head injuries correlated with the degree of neurocognitive impairment. Significant findings in various cerebral imaging techniques (6 of 8 studies) were involved in 3 of 4 studies concerning sub-clinical neurocognitive deficits.

Overall, the analysis led to the conclusion that due to methodological weaknesses, the evidence for persisting effects of football on brain structures and functions is low. Causes of distortions (bias) included the low quality in the survey of the frequency of headers played, the inadequate control of type 1 errors and the inappropriate selection of controls. The evidence for a correlation between the frequency of headers and neurocognitive deficits was weak and distorted by an inaccurate recording of header frequency. The combination of cerebral imaging and neurocognitive testing in prospective combined longitudinal and cross-sectional studies in women’s and men’s football appears essential to further clarify whether there is a link between football and changes in brain structures and functions.

The abstract of the study can be found under this link.

The SCC at the IOC World Conference
Scroll to top